Mediators do not make any rulings. The role of the mediator is to help the parties resolve the issues.
If I go to mediation, I will have to give up something. 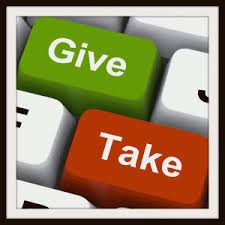 Negotiation is about compromise. Each side usually gives up something. You won’t give up anything unless you, and only you, make the choice to negotiate a deal.
Mediation is too expensive.
Mediation is cheaper than litigation. It is efficient and eliminates other procedures which use up time and money.
Mediation is a waste of time.
Mediation has been shown repeatedly to be effective in resolving all issues. But even if you don’t conclude your case at the mediation, mediation typically allows parties to learn more about their opponent’s case—and their own. Issues are narrowed, setting the stage for further negotiation or more efficient litigation.
There is no reason to mediate—our case is a sure winner.
Mediation might be a place to test that hypothesis—or convince the other side. Presumably you wouldn’t be in litigation if there weren’t two sides to the story. If there is counsel on both sides, your opponent is spending time, money and effort for a reason. Applicants representing themselves might just need a forum to tell their story. Litigation is always uncertain. Settlement is the only way to retain control over the outcome, rather than let a judge impose a resolution on you.
We look like push-overs by suggesting mediation. 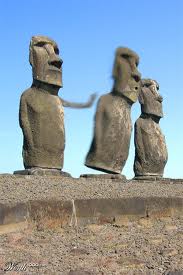 Mediation is the rule rather than the exception in most areas of law in the United States, and it’s become more common in California Workers Compensation cases. The fact is that most cases settle at some point. Smart Workers Compensation professionals use every tool at their disposal to conclude cases as early as possible.

“MSA” stands for Medicare Set-Aside.  Settling a Workers Compensation claim often calls for consideration of Medicare’s interests.  MSA-speak has its own language.  The problem is that the term “MSA” is used to mean different things.  Understanding the 4 different items which may be referred to as “MSA” is critical to success in this area:

The MSA Report is prepared by an MSA allocation company.  It is an analysis of medical reports and paid medical benefits resulting in a recommendation for an MSA allocation.  The report typically provides both lump sum and annuitized funding options.   The report is not “the MSA”.  Multiple versions of a report may be prepared during evaluation and negotiation.  Nothing has been “set aside” just because there is a report.

The MSA Allocation must be in good faith.  The parties can agree on an allocation without a report, though this is usually limited to cases brought by Medicare beneficiaries which settle for less than $25,000 and denied cases where the settlement is unrelated to medical expenses.  An allocation in a settlement document can be as simple as “The parties have taken Medicare’s interests into account and set aside $800 for future Medicare-eligible claim-related expenses.”

Parties can choose to seek from the Centers for Medicare and Medicaid Services (“CMS”) Approval of an MSA allocation.  Seeking approval is optional.  Only the two classes of cases which meet CMS “review thresholds” can be submitted.   Class One includes all cases brought by Medicare beneficiaries settling for at least $25,000.  Class Two includes cases where the settlement is at least $250,000 and the worker is likely to be eligible for Medicare within 30 months.  If CMS approves the allocation, it cannot seek more than the approved amount later.

Upon conclusion of the settlement, the worker will open an MSA Account.  This must be a separate account solely for MSA funds.   It is supposed to be interest bearing, though it may be difficult to find an institution that would pay interest on smaller accounts.  If any of these concepts can be called simply “the MSA”, it is the account.  Money has in fact been set aside, separate from the rest of the settlement and separate from the worker’s other assets.  Note that the correct term is “account”, not trust.  MSA Accounts can be custodial or non-custodial.

“Do we need an MSA?” may be appropriate in referring to the entire process.  And there are plenty of times you want to use a verbal shortcut.  But vague references as to whether the subject is a report, allocation, approval or account can sometimes lead to misunderstandings.

Tweets by @WCMediator
Scroll to top